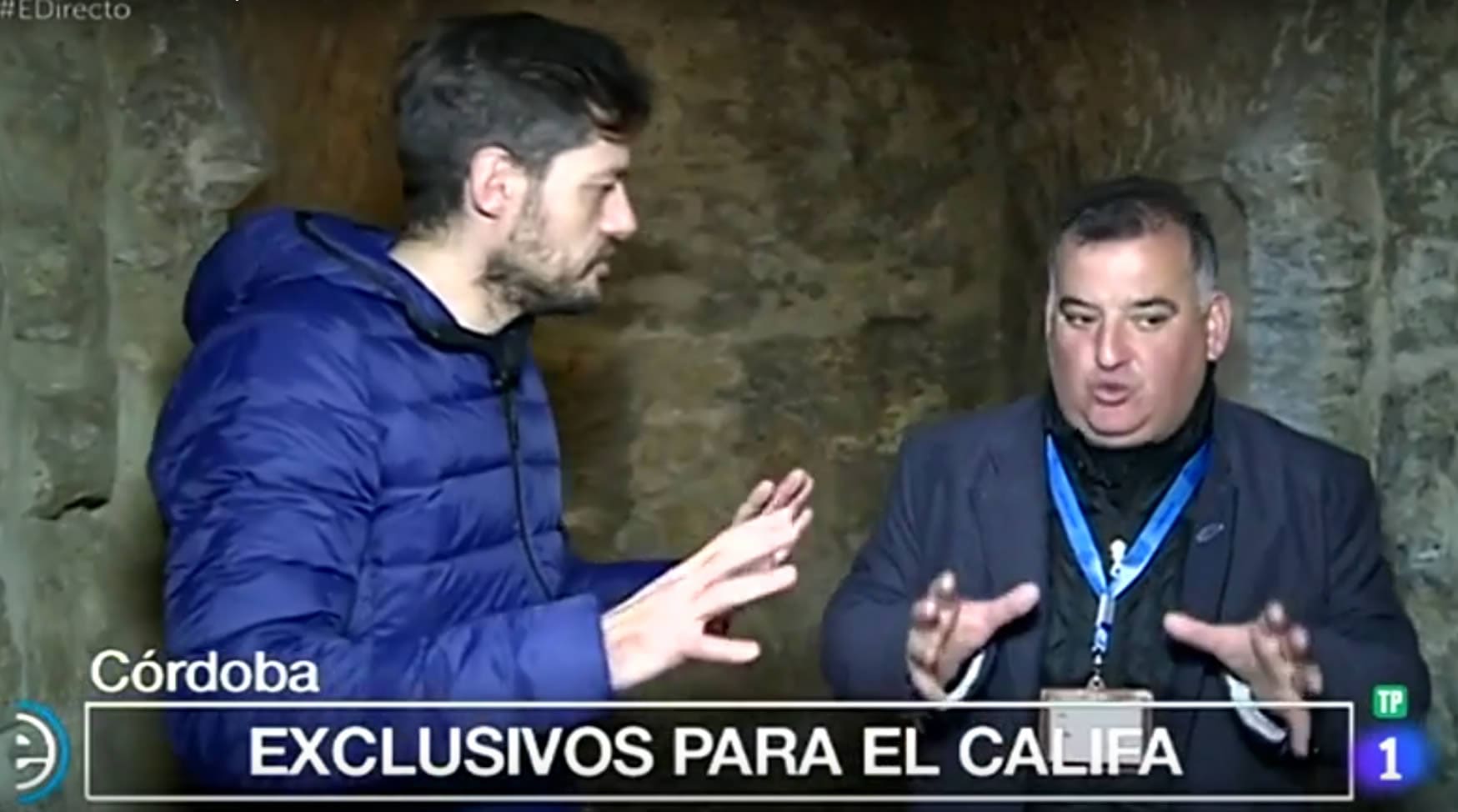 Interview with Luis Larrea on TVE-1: the Alcazar Califal Baths

Last January, the 26th, our colleague Luis Larrea  was interviewed by the Radio Televisión Española team, with the aim of reporting for the Spain direct programme. Luis was able to do a brief tour of the Alcazar Califal Baths, showing spectators their remains. During the interview, our guide Luis Larrea explains beautifully some of the many pieces of information, and characteristic events, of these Muslim ruins.

At the beginning of the interview, Luis explained why the baths aren’t open to the public: “The Caliph was the closest human being to Allah, and never came into contact with the public, so this was for the exclusive use of the Caliph and his family. “In terms of the baths” uses, we can presume that they had various purposes, such as religious, hygienic, therapeutic and even political ones.

Our guide continued mentioning the different rooms into which the baths were divided, depending on the temperature of the water. There were three rooms: the cold water room, the tepid water room, and the hot water room. In the report, you can see the absence of swimming pools, or any other place that could act as a water deposit. According to Luis, the reason for this is that the baths weren’t immersion baths. The process consisted of pouring buckets of water on the Caliph, or any member of the family, to calm and relax those bathing.

This visit to the Alcazar Califal Baths ended with a description of the two assassinations that took place in the baths. According to our colleague, assassinations were carried out in the baths because it was where the victims were their most vulnerable and defenseless.