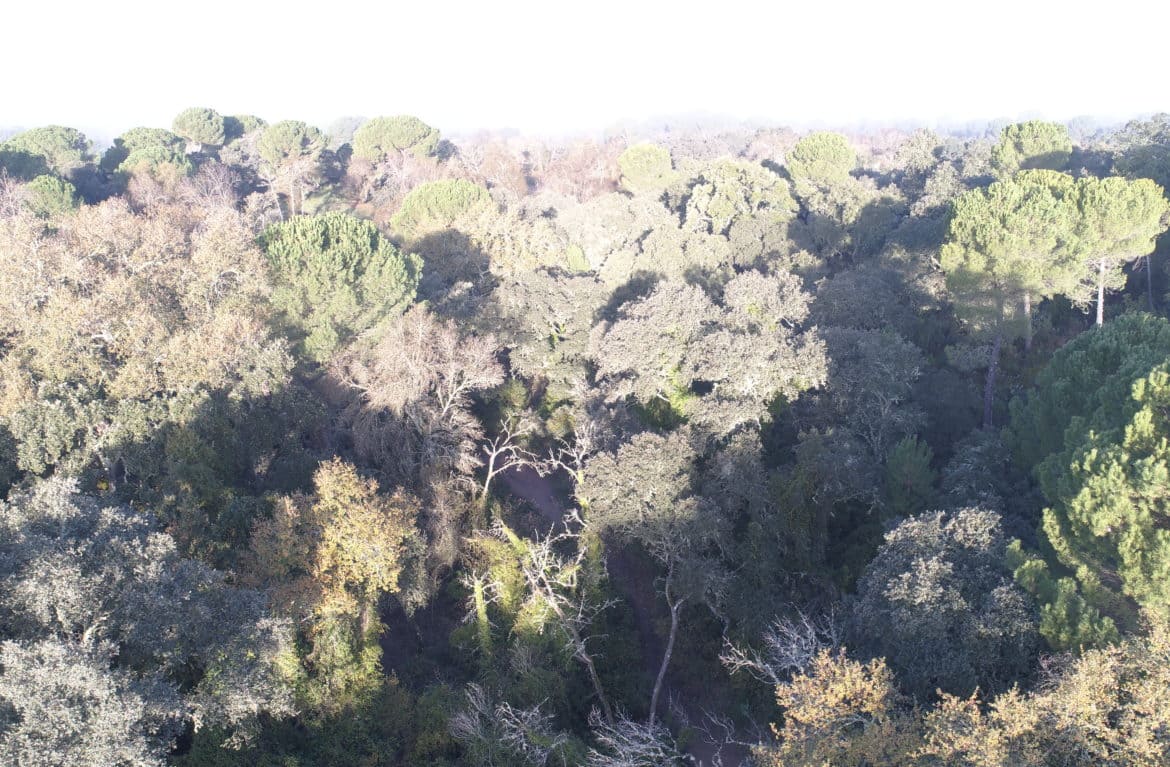 The beauty of the historic centre of the city of Córdoba is recognised by everyone, with our unmatched Mosque-Cathedral, the Jewish Quarter, the plazas and patios. The historic centre has a great wealth of monuments, conserving traces of the Roman, Arabic and Christian periods, with it having been declared a UNESCO World Heritage Site in 1994.

But I would like to invite you to look a bit more to the northwest of the city, around 15 kilometers away from the city of Córdoba, not too far from Abd-Al Rahman III’s palatial city Medina Azahara. There, we will find a true paradise in the heart of Sierra Morena. Santa María de Trassierra, or as we Cordovans call it, Trassierra.

A trip aimed at those who want to enjoy the fresh air of Sierra Morena and have a great day, on an unmatched route. Recommended to all due to its low difficulty.

Hikers and nature lovers will be able to go on one of the best hiking routes in the whole of Spain. Within the established routes around Santa María de Trassierra, we can appreciate part of the history of the city of Córdoba, including the Valdepuentes Aqueduct, the Roman roads, the Arabic almunias and mills.

Possibly the most well known is the Baños de Popea – Arroyo Bejarano route, a circular route with a length of around 10 kilometers.

The Baños de Popea are a unique place, with waterfalls, crystal clear pools and abundant plants such as the acanthus. The water power was utilised in this place by the Arabs, who channelled it to the mill known as El Molinillo. Here, even today, the remnants of this period can be appreciated:  dams, canals, reservoirs, waterfalls, bridges and the building complex of the flour mill, which is practically in ruins.

The Bejarano is a spring which has been used since ancient times, with it formerly being the main source of supply for the consumption of the people and agriculture. Over the centuries, the streams in this area have been a source of hydraulic energy for flour mills, sawmills and cloth factories. In 2015, the surroundings of Arroyo Bejarano were declared a riverside natural reserve.

There is a bus from the local Aucorsa company from Córdoba-Santa María de Trassiera every day of the week.